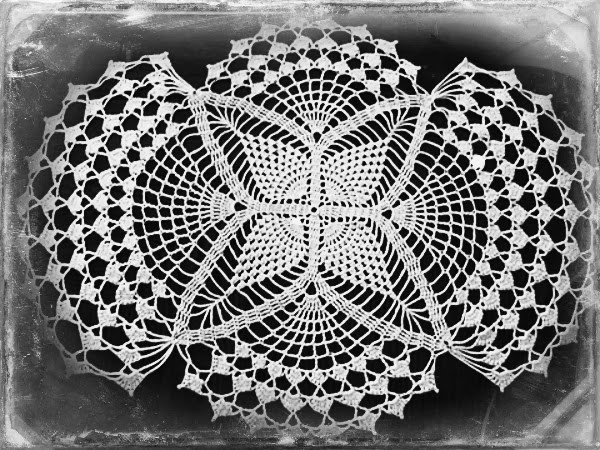 
Okay, so maybe I took a mini-vacation, but I'm back. Now get busy reading and catch up with Cooter and the gang. When you are through reading, go over to We Work For Cheese and read the great stories written by the other participants of 30-2 Days of Writing.

Cooter woke up on the couch the morning after the election party. The party went on until midnight. Then Cooter had to stay around to help clean up The Rack 'n Roll Pool Hall and help Buck calm Ethyl down after that scene with Vera. Then when he got home to the trailer park, he spent hours answering nonstop questions from his wife. He explained that he kept Gouda hidden at Buck's house so that Brother Bob wouldn't start rumors about his sister before the election. He knew that if Brother Bob talked bad about his sister, he would have to beat the hell fire out of him and that might lose him votes. He was still answering questions when he fell asleep on the couch.

Cooter got dressed and quietly left the trailer. He was heading to Buck's house to pick up Gouda and her kids. On his drive over, he was thinking about how he had to speed up the house search because his single wide trailer was not going to hold three more people.

Cooter used his key to the back door which opened up to Buck's kitchen. He was surprised to smell bacon cooking and to hear Besame Mucho blaring from the radio set on KMEX, Juarez's Tejano Station. As soon as he had the door completely open, he saw Gouda sitting at the kitchen table wearing nothing but a man's shirt. He was about to warn her to get dressed when he was startled by a man's voice singing.

Cooter stared at the singer in shock. He finally had to sit down at the table to steady his knees as he watched the performance before him.

Jorge sang while cooking on the old, porcelain stove top. He was making migas,frying bacon and heating flour tortillas on top of the gas burners while dancing totally naked except for the frilly apron which was tied around his waist. His bare butt stared at Cooter while he cooked.

Cooter looked at Gouda for an explanation.

Cooter was so flustered that he didn't know whether to shit or go blind. He didn't have time to respond before Jorge danced over to the table with plates of food in his hands. Cooter was watching manly parts jiggle and wiggle under Jorge's apron and he was afraid that bleach wouldn't remove this memory from his mind.

As he sat a plate in front of Cooter, he stopped singing long enough to address Cooter.

"Buenos dias, brother-in-law! Your breakfast is served and yes, I made that."

Cooter looked at the eggs on his plate.

"I don't know. I've already seen two too many juevos this morning."

Jorge plopped his naked ass down in Buck's kitchen chair. Cooter had visions of Buck's mother twirling in her grave and he made a mental note to tell Buck to buy a can of Lysol.

Cooter dug into the piles of deliciousness on his plate while Gouda and Jorge stared longingly at each other and talked marriage plans. At the end of the meal, Jorge left his lover long enough to put on clothes. When he returned to the kitchen, she was disappointed.

"Awwww! Did you have to get dressed today, Jorge? Can't you stay long enough for me to repay you for making breakfast?"

They giggled and winked. Cooter did his best to change the subject.

"You better be ready for a bad day at work, Jorge. I wouldn't be one bit surprised if Vera didn't fire you today."

"Yes, she will definitely fire me," Jorge said as he opened the door to leave. "I'm not worried though. Gouda and I will just move in with you if  that happens."

Cooter wasn't sure if the bang he heard was the back door slamming or his head exploding.

When Jorge pulled up to Vera's house, he immediately knew something was wrong. The Cadillac, which was always locked in the garage, was now sitting on the front lawn with the front wheels parked right on Vera's front porch.  Jorge pulled around to the back door. He had never entered the house through the front door. Vera didn't allow it.

As soon as he entered the house, he began to worry about Vera's safety. It was obvious that someone had broken in. The kitchen was in shambles with broken china covering the floor. Each littered room he passed through increased his anxiety.

Vera usually greeted him at the back door with a tongue lashing and a long list of chores for the day, but there was no sign of Vera today. The house was unusually quiet. Jorge called out Vera's name several times, but got no answer.

As he approached her usually spotless bedroom, he noticed piles of clothes on the floor. He stopped. He was afraid of what he would find. He didn't especially like Vera, but he certainly didn't want her to meet an end of violence.  He was trying to work up his courage to go in when he heard a whimper.

He rushed in the bedroom to find a naked Vera laying lifeless on the bed of tangled sheets.

There was no answer. No movement.

Her arms were tied to the bedpost with the doilies that covered her nightstands. Vera had often warned Jorge to be careful when he was dusting her nightstands. She would tell how her great-grandmother had delicately labored with her own hands to make those doilies for her mother's wedding present.

Jorge was running to her bedside when he heard the whimper again. He turned to find Brother Bob sitting naked in the corner of the room rocking back and forth on his haunches while hiding his face with hands.

"Brother Bob! Are you okay?"

Brother Bob leaped to his feet like a demon on fire. "No, I will never be okay again!"

Together, they ran to Vera's bedside. Jorge shook Vera but got no response.

"I think I killed her, Jorge. I think I screwed her to death."

Jorge gingerly untied the doilies from Vera's wrists. He opened her eyelids to find her eyes rolled back in their sockets. He felt for a pulse but couldn't find one. When he covered her naked body with a sheet, Brother Bob ran from the room in hysterics, babbling the same words over and over.

Jorge pulled out his cell phone to call 911. As he turned away from Vera's covered body, a hand tugged on his pants leg and Jorge almost lost his breakfast right there.

"I'm not dead.  I just wanted Bob out of this room. Please tell me it's only a dream."

"No, Ms. Whiting, it's not a dream. This nightmare is real."

"Jorge, get that stupid son-of-a-bitch out of my house right now."

As Jorge turned to leave the room, Vera had another thought and then she said,"And Jorge, no one is ever to know what happened here. No one. Ever."

"Sure Ms. Whiting, but there are things I will need for my silence and the first thing I need is for you to clean up the unbelievable mess you made last night. I'm taking the day off. I'll see you tomorrow when I get here...if I get here."

Vera Whiting pulled the covers back over her head and let out a low groan.

Email ThisBlogThis!Share to TwitterShare to FacebookShare to Pinterest
Labels: 30 Minus 2 Days of Writing, and then she said, it's only a dream, remind me not to take another break, there are things, yes I made that