Three Can Keep A Secret If Two Are Dead 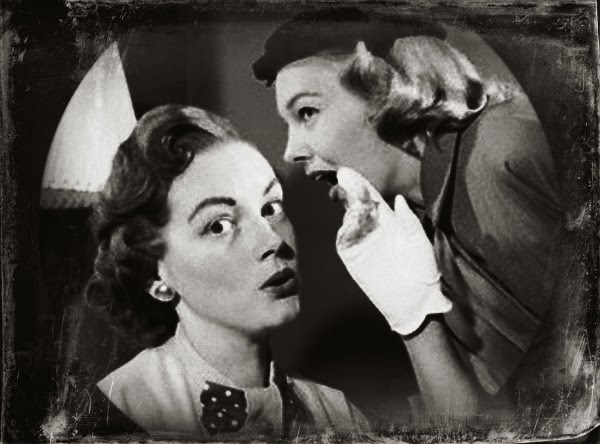 Want to know a secret? It's time for 30-2 Days of Writing sponsored by Nicky and Mike at We Work For Cheese. Want to know something else? I suspect that Nicky and Mike secretly work for the alcoholic beverage industry. I think they get a bonus for every bottle we participants buy. We Work For Cheese my ass. They Work For Booze is more like it.
Anyway, head over HERE to read the works of the other participants.

My story today is the latest installment in a continuing story line. If you need to catch up, good luck!

Since the tornado, Cooter had been as busy as a one-armed paper hanger. He had too many obligations in addition to volunteering with the clean-up efforts and running for mayor. Cooter couldn't focus on his work. He was making mistakes on the job and at home. His mind wasn't sharp. It wasn't like him to be so scatterbrained.  But most of all, Cooter was exhausted from the dangerous little game of cover-up that he had been playing.

Cooter thought he had it all under control until the tornado hit. He had been successful in keeping his little secret under wraps which was nothing short of a miracle in a town where everybody knew everybody else's business.

Cooter's normal routine consisted of getting up at the break of dawn and pointing Genevieve in the direction of the No-D-Lay Cafe where he would eat a hearty breakfast with the rest of the rough necks in town. After a hard day of work on the rigs, Cooter always headed to The Rack'n Roll Pool Hall to unwind for a few hours before he made his nightly visit to Buck's house. Buck had reluctantly agreed to let Cooter use his old family home to hide away his little secret until the election was over. Buck spent most nights at Ethyl's house anyway.  After Cooter's nightly visit at Buck's house, he would head home to his honey at the Shangri-La-La-La Trailer Park.

But since the tornado, Cooter's routine was thrown off kilter. Cooter felt obligated to help the townspeople clean up the rubble and repair their homes. At the end of the workday, he no longer had free time. He showed up with his tool belt and worked on damaged houses until he was exhausted. His visit to Buck's house became quick stops. As hard as he tried, he couldn't get home early enough to keep the missus happy. He had even offered to buy her a house in order to save the marriage.

Cooter was at the breaking point. He was grateful that the election for mayor was about to happen. He didn't think he could keep his secret life secret much longer.
Posted by Malisa at 11:16 AM

Email ThisBlogThis!Share to TwitterShare to FacebookShare to Pinterest
Labels: 30 Minus 2 Days of Writing, Cooter is digging a deep deep hole, scatterbrained, secrets, We Work for Cheese