Shelter From The Storm With An Order of Fries 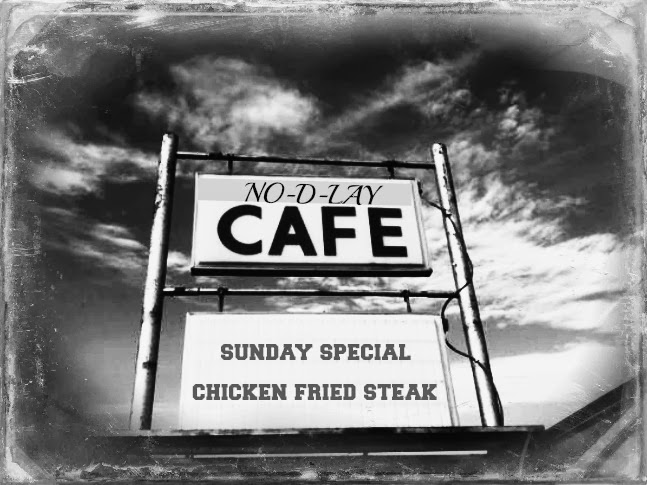 Where have I been, you ask. What? You didn't even notice I was gone? Sigh. For those of you who don't know my ongoing real life story, I have my house on the market so I can move on and start a new chapter in my life. We got a sudden offer on the house, but one condition is that they would need to take ownership in two weeks. Yikes! So after much scurrying around in panic, the deal fell through. All for naught. So I have tried to catch up without making you read six pages of posts. You will notice that the last portion of my post includes five prompts. Yes. Five. But I'm caught up and it feels good.

If you don't know the continuing story of Cooter and the gang, you can catch up by reading the above posts. Cliff Notes are available for $29.95. I'm taking orders now.

If you would like to read the submissions by the other participants of 30-2 Days of Writing who have been keeping up like good boys and girls, go to We Work For Cheese and read to your heart's content.

Brother Bob took to the pulpit with a vengeance. Cooter and Ethyl had tried their best to make him look foolish, but he was determined to expose them for the evil doers they were.
Those church members in attendance on the Sunday before the mayoral election were on the receiving end of a hell fire and brimstone sermon about sin, alcohol, fornication, pool halls and elected leaders.

Brother Bob spared no words on that hot, sunny Sunday morning.  With sweat running down his face, he ranted and raved, pointed fingers and beat his fists upon the pulpit. Those in attendance at the First Baptist Church squirmed in their seats and tried not to make eye contact with Brother Bob. This type of preaching had never been heard in their church. They had come to the service to share in worship and practice brotherly love. A few of the church goers were fanning themselves with their church bulletins and contemplating moving their memberships to the United Methodist Church.

At the time church would normally have been ending, Brother Bob was just getting wound up. The crowd was getting restless. Stomachs were growling. Children were beginning to kick the seats in front of them. Husbands were looking at their wives in desperate fashion. Almost everyone in town ate at the No-D-Lay Cafe after church on Sunday. There was a competition among the multiple churches to dismiss the earliest so that their church members could get seated at the cafe first.  Now with thoughts of chicken fried steak, mashed potatoes and gravy running through their heads, a few of the fathers in the congregation took their children's hands and headed to the door as though they were taking their children to the bathroom. What they were actually doing was getting in the car and starting it up to make a quick escape to the No-D-Lay Cafe when mother showed up at the car.

Sensing that he was losing his audience, Brother Bob began to talk louder and faster. He escalated his sermon by screaming about how the devil had arrived in their town. He talked about the devil drinking beer and playing pool at The Rack 'n Roll Pool Hall. He even told a wild story about how the devil had tried to drown him in the Brazos River. He ended his sermon by raising his hands in the air as he shouted.

"The devil is living among us and he is not using the name of Beelzebub. He calls himself Cooter!"

Cooter was sitting on a stool at the front counter at the No-D-Lay Cafe finishing up his meal of enchiladas and french fries when the church crowd starting pouring into the cafe racing for their favorite tables and red naugahyde booths.  Most everyone spoke to Cooter as they filed in past him. Some of the men patted him on the back and congratulated him on the upcoming election. Many of the women fluttered their eyelashes and promised to vote for him. When the church goers from the FBC arrived unusually late, the cafe was full of Methodists and Church of Christ and they were forced to wait in line while those dining glanced up and laughed at their late arrival. The Baptists were hungry and were in no mood to be messed with.

Cooter turned on his stool to check out the crowd waiting in line. He had just raised his hand to wave when one of the waiting children recoiled in fear.

"Look, Mommy! There is the devil and his name is Cooter!"

A few mothers pulled their children closer to them, while others rolled their eyes at the dramatic mothers and waved back at Cooter. A few of the men approached Cooter and recounted the sermon delivered by Brother Bob before returning to stand in line with their waiting families.

Cooter thought about what he had been told for a few minutes as he drug a french fry potato through the grease left on his empty plate. He paid his bill, talked to the owner of the cafe for a few minutes and stopped before the group of Baptists waiting in line.

"I hear that y'all had a very exciting sermon this morning."

People nodded their heads and grinned. Some people even laughed out loud.

The crowd became more animated in agreeing with Cooter.

Cooter turned around and walked out the front door. He couldn't help but grin as he heard the applause and his name being shouted chanted by the members of the First Baptist Church.


Brother Bob had been up all night after he got the phone call from one of his deacons telling him about Cooter's antics at the No-D-Lay Cafe.  He had tried to sleep but only tossed from side to side. He had walked the floor in anguish.  He had cried. He had pulled his hair as he promised revenge. When he had worn himself out, he went to wash his face so he could pull himself together.  With his hands full of water, he looked into the mirror and jumped back in surprise at his appearance. With tufts of hair sticking out all over his head and with eyes almost swollen shut from crying, he was amazed at his appearance.

As he was reeling from the thought, a lyric from the only Dylan song he knew started playing in his head.

"When the deputy walks on hard nails
And the preacher rides a mount,
But nothing really matters much,
It's doom alone that counts."

Brother Bob smiled. He had his plan.  It was time for a few people to meet their doom. Cooter and all those soulless zombies who frequented The Rack 'n Roll Pool Hall had to pay for the pain they were bringing to the town. And Ethyl, that wicked succubus, had to be stopped before she turned the whole prayer circle against him. Their little town had been a perfect Garden of Eden until Cooter had come along and Ethyl had taken one bite of the forbidden fruit.

With all that sin going on, surely he could undercover a secret that would bring them all down.  He could be the savior. He could give the townspeople safety from the storm.

Email ThisBlogThis!Share to TwitterShare to FacebookShare to Pinterest
Labels: 30 Minus 2 Days of Writing, damn, days 7-12, Dylan, hint hint, my house didn't sell, one bite, succubus, thanks for hanging in there with me, zombies