Will This Party Never End? 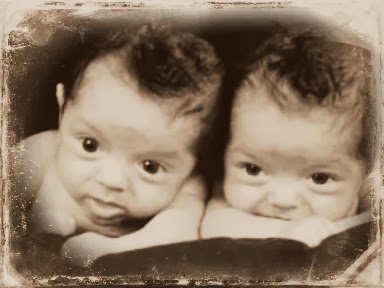 It's Day 20 of 30-2 Days of Writing. I feel like doing a cartwheel. Wait. I don't do cartwheels. How about I just say whoopee? Whoopee! There. That's over.

In my usual fashion, I am late and have included three writing prompts in my story today. I have to admit that it is hard for me to quit writing once I get started. I have to make myself stop. I know you people didn't sign up to read a novelette every night. I apologize. Not really.

So, if you've just joined us, you are damned late. Go to the office and get a tardy slip. Sorry. Old habits die hard. After you get  your tardy  slip, open your computer to We Work For Cheese and read your daily assignment. Make comments at the end of each reading passage. Does everyone understand? Get your hands down. You should have listened the first time.


Vera Whiting watched the beating of Brother Bob in complete silence. She was crushed. Totally defeated. First the election and now the rejection by the love of her life, Buck. Once Cooter had pulled Gouda off of the whimpering preacher, Vera marched over to Brother Bob and kicked him in the side.

The badly beaten preacher got half way up before he collapsed into a pitiful pile back on the floor. She kicked him again.

"Get up! I mean it. I'll have Jorge drop you off at your house."

Vera walked to the Cadillac and Brother Bob stumbled along behind her. It was then that Vera realized that Jorge was not in the waiting car. She began to scream his name.

"Jorge! Jorge, where are you?"

"Jorge, you get in this car right now or I'm gonna fire your ass!"

"Get in the damn car, Bob. Looks like I'm driving."

Brother Bob looked at her pitifully.

Brother Bob laid his head against the seat and closed his eyes.

And with those words, Vera pushed the accelerator to the floorboard of the  Cadillac and left a cloud of dust behind her as she speed away from The Rack 'n Roll Pool Hall.


Cooter was holding the blonde woman in his arms to try to settle her down. He motioned for me to join them.

I looked at her with fire in my eyes. She returned my hateful glare with a big smile.

"And this is my sister, Gouda."

Gouda grabbed me and hugged me tight. She was a strong woman. My mind was reeling. I had never met any of Cooter's family. I've heard plenty of stories about the rowdy herd of kids, but I had never seen photos or seen any of them in person.  But as I looked at Gouda, I could see the family resemblance. And judging by her strength, this young blonde woman had handled many a bale of hay and worked in the fields right along side her brothers. But how could I be sure that this attractive woman was actually Cooter's sister? From my experience with men, I knew that most of them were liars.

"I don't understand this whole thing. Why is Gouda here? Why did Brother Bob bring her in like that? Why did he call her your harlot? Can someone please explain what is going on?"

Cooter kicked the toe of his boot against the wooden floorboards a few times while he was trying to figure out where to start with his story.

"It's like this. Gouda got kicked out of my parents' house and she didn't have a place to go."

"Why did she get kicked out?"

Gouda jumped in with her loud country voice. "Because I got knocked up."

I expected to hear judgmental remarks and clicking tongues, but to my surprise, most of the townspeople just chuckled and remarked how times have changed. This beautiful, country girl seemed to be winning people over with her innocent charm.

From the corner of the room, Jorge spoke up. "Don't know what's wrong with that. Some of my best friends are Mexican."

I spoke up. "Jorge, Vera is looking for you. If she finds out you are in this pool hall, she might just have a coronary."

Jorge's response got a big laugh from the crowd.

Bobby Lee nosed in our conversation so that he could get a better look at Gouda. I saw  him looking her over with those roving eyes of his.

"Forget it, Bobby Lee. You know what Barbara Sue would do to you."

Bobby Lee shot me a drop dead look and continued to get closer to Gouda as he started up a conversation.

"Gouda, did your parents really kick you out of the house for marrying a Mexican?"

"Oh, we weren't married. And they weren't mad because he is Mexican, they were mad because he is from Mexico and was here illegally.  The priest over at the Sacred Lone Star Church of the Immaculate Conception had him smuggled in to Muenster to do the yard work around the church. My daddy said I wasn't going to be married to no foreigner. The next thing I know, the green US Border Patrol van pulled up at the church and hauled Pedro away."

Bobby Lee moved in for the kill.

Cooter stepped in between them. Gouda continued telling her story to her rapt audience.

"They took away Pedro, but they can't take his babies!"

Gouda rescued the babies from the arms of the woman she had handed them to.

"Everybody, I want you to meet my beautiful twin babies."

The crowd oohed and aahed and pushed closer to see. Gouda was pleased with her acceptance.

"In keeping with traditions, I gave the babies names like mine, but with a Mexican twist.
So, without further ado, y'all meet Nacho and Velveeta."

People started laughing and clambering to hold the babies. I looked at Cooter and he just shrugged his shoulders. I wasn't through with him. He had a lot of explaining to do. But before I had a chance to ask another question, chaos broke out over at the bar.

I turned to look.  Buck had his hands full of an angry Ethyl. She was none too pleased about the kissing incident with Vera. Ethyl was talking too fast for Buck to get a word in sideways. Her arms were flapping around like wings as she talked. In her state of rage, bar stools were flying. I saw a couple of the ladies from the FBC Prayer Circle join hands and start praying for her.

Email ThisBlogThis!Share to TwitterShare to FacebookShare to Pinterest
Labels: 30 Minus 2 Days of Writing, chaos, liars, Nacho and Velveeta, only 8 more days, tastes like chicken