Hell Is Empty and All the Devils Are Here 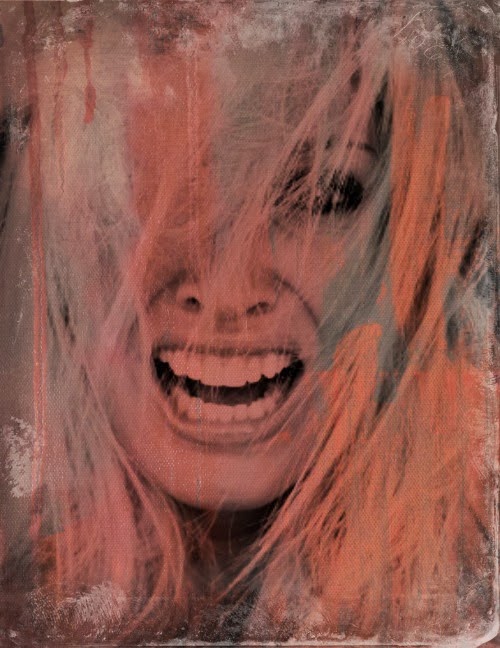 The election is over, but I think the excitement is just beginning. Hope you enjoy! If you aren't too pooped after you read my post, head over to We Work For Cheese and read the other talented participants' stories.

Cooter grabbed a cold Lone Star and handed it to Bobby Lee.

"It's okay, Bobby Lee. I knew I didn't have a chance in hell against Vera Whiting."

Bobby Lee broke into a big grin and started shouting.

"You won, Cooter! You won! Brother Bob is foaming at the mouth and Vera Whiting tucked her tail and ran. You won!"

Cooter scanned the room with  his eyes until he saw me. He started making his way over to me. I was just as proud as could be. Cooter did it. He actually won. And now I would be known as the mayor's wife and not as the woman who broke Bobby Lee's heart.

Somebody in the crowd started chanting Cooter's name. Pretty soon, the whole party joined in the chant until the noise was almost deafening.

Suddenly, Dr. Butts and the Hemorrhoids started playing Ding Dong, The Witch Is Dead and the crowd broke out in laughter. Some of the party goers even burst out in song. Ethyl grabbed Cooter and they started dancing right in the middle of the pool hall while people were laughing, clapping and cheering.

My ears were ringing from the rowdy festivities when I heard a car coming to a screeching halt right in front of the pool hall. I guess no one else noticed because they kept right on singing.

The front door of the pool hall was thrown open and there stood Vera Whiting.

It took a while for everyone to notice the newcomer. Those around the front door suddenly fell silent and I felt as though I was watching a wave of reckoning wash over the celebration. Finally everybody stopped in place and all eyes turned toward the front door.

Vera Whiting did not glance at any of them, nor did she even pretend to notice that they were in the room at all. She walked straight to the bar, sat on a stool and motioned for Buck. He hesitantly obliged. When Buck was right in front of her, she grabbed him around the neck and kissed him with all the passion she had been keeping bottled up inside her.

There was a gasp in the silent pool hall.  I couldn't move. I was riveted to the spot. My eyes sought out Ethyl and I was happy to see that Cooter was holding her by the arms to prevent an ugly scene.

Buck unlocked Vera's arms from around his neck, pulled away from her and addressed her in his best Shakespearean English.

"A man loves the meat in his youth that he cannot endure in his age."

Vera Whiting had been raised in a bubble. Her parents and grandparents wanted the very best for the only child who would carry on their lineage.  They certainly didn't want her to attend a public school where she might meet a common boy and fall in love. She was shipped off to the best boarding schools each year. Although Vera was allowed to come home during the summer, she was never allowed to socialize with the town's children. For Vera, there were no tea parties, no games of red rover, no neighborhood games of hide and seek and in her later years there were no phone calls, no dates, no proms, and no one with whom to share secrets. There were no secrets.

However, in the summer of her 16th year, Vera had taken her mother's convertible out on one of her lonely rides around the countryside. She had to endure the usual lectures about keeping the head scarf on her head to prevent ear aches and about not talking to anyone while on her outing.

Vera liked to drive on the dirt roads on the outskirts of town. Going into town and seeing other teenagers only made her more hungry for companionship. She had just stopped at a stop sign on what she thought was a deserted road when she heard rumbling mufflers approaching. She glanced in her rear view mirror and saw a black and turquoise Chevy El Camino driven by a handsome young man. Before she knew it, the El Camino was right beside her on the road and the young man was speaking to her. Following her mother's directions, she remained face forward while ignoring the driver.

"Hey, Stella, you ready for some action?"

Vera was startled that the boy had called her mother's name. She turned to look at him and lost her breath. It was love at first sight.

"You must have me confused with my mother. I'm Vera. I just took mom's car out for a drive because it is such a pretty night. How do you know my mother?"

Buck stammered for a while before he thought of a logical explanation.

"Well, you see. I'm a bookie. You mom likes to play the horses and I place the bets for her. But you must never mention this. Ever. Your mother would be in trouble and I would get arrested. So this is going to be our little secret."

Vera blushed at the idea that someone wanted to share a secret with her. She would take that secret to her grave. She would be the best secret keeper ever.

As the summer progressed, Vera had many more secrets to keep.  She and Buck made nightly rendezvous on dirt roads all over the county. Buck trusted Vera with his secret and she trusted him with her virginity. Of course, Buck's secret was not real and Vera's virginity became fictional before the summer was over.

Vera felt alive for the first time in her life. She was in love and nothing could change that. Nothing could change it until Stella got involved. Stella was still stinging from being dumped by her plaything, Buck. How dare he dump someone of her caliber! When Vera's occasional outings in the car became a nightly ritual, Stella became alarmed. One night, she followed Vera and discovered who had stolen her affection from Buck.

The next morning, Vera was shipped off to a year round boarding school. There would be no more visits home. In fact, Vera did not return home until after her parents had died. She couldn't stand their scrutiny. She led a life devoid of pleasure as she had been raised to do. She had grown used to the idea of dying alone. Then one day when Jorge was driving her to town, they passed by the pool hall and she made an trivial comment.

"Jorge, when I was young, that pool hall was Cool Breeze's Domino Parlor and I had a very special friend who liked to go there."

"I remember, Ms. Whiting. After Cool Breeze died, it sat there empty for a long time until Buck came back to town."

Vera caught her breath and she wasn't sure she had breathed again since hearing those words.

Vera was standing perfectly still and looking at Buck in disbelief. She had just turned to go when there was big disturbance at the front door.

Brother Bob had entered the pool hall and he was pushing a beautiful, young, blonde woman in front of him. She was sobbing and holding two small babies, one in each arm. Her head was down in shame. He began shouting in his righteous voice.

"Let's see how long Cooter is your mayor when you see his dirty little secret!"

All eyes went to Cooter and then all eyes turned to me. As much as I wanted to scream, I understood that I was now the mayor's wife so I faked it. I smiled. It was a weak smile, but it was a smile. I was trying to hold myself together in front of all these people. I hated for them to witness the assassination of their newly elected mayor. Or castration. Maybe that would be better. My smile became stronger.

People were very uncomfortable. Some of them were looking at their feet. Others were looking at Cooter for an explanation. The women of the FBC prayer circle were trying to hide behind others so that Brother Bob's eyes would not fall on them.

Brother Bob could see Cooter's popularity melting away right before his eyes.

"I warned you people about Cooter and this pool hall. But did you listen?"

Cooter was looking at me shaking his head and then he addressed the crowd.

"There is a perfectly good explanation for this..."

Before Cooter could get out another word, Brother Bob started shouting louder.

"Here is the proof, people! Who are you gonna believe? Are you going to believe the lies that spew from Satan's lips? Look at the real life evidence I brought you. Look with your own eyes at Cooter's harlot and bastard children!"

Before I could get to Cooter, the blonde woman handed her children off to a woman standing close by. Then she turned and knocked the holy hell out of Brother Bob. When he went down, she jumped on top of him and kept swinging. His face was a bloody mess. I was about to do the same thing to Cooter when he yelled out to the young woman.

Email ThisBlogThis!Share to TwitterShare to FacebookShare to Pinterest
Labels: 30-2 Days of Writing, Buck is pretty dang smart, don't mess with a girl named after cheese, I faked it, my ears are ringing, Shakespearean English